What is Gain on a Guitar Amp? Gain Explained I’m an affiliate. As an Amazon Associate I earn from qualifying purchases(this adds no extra cost for you). Thank you if you use my links, that helps to cover the expenses of this website!

The world of electric guitars holds so many secrets. Well, they’re no longer that much of a secret since you can find almost everything online. But at the same time, there are still a few issues about the gear and how it works that even experienced players might not know about.

If you’re playing the guitar, it’s always a good idea to get informed about everything that you can. This is the only way how you can have complete control over your tone and expressiveness as a guitar player. And here the gain steps into the picture.

Gain is a thing that’s been confusing intermediate or even more experienced guitar players. Although everyone uses this control and roughly knows what it does, barely anyone can give a good definition of “gain” and how it actually affects one’s tone.

You see a lot of terms flying around with it like “distortion” or “high gain amps,” but it’s kind of hard to exactly point out its function. It’s not rare to have musicians just put it into the same category as a volume control.

But don’t worry – it’s not that hard to understand. Since this is one of the biggest issues in the world of guitar, we decided to look more into the matter and answer the old question: “What is gain on a guitar amp?” You are about the ”gain” knowledge about the gain right now!

What is Gain on a Guitar Amp? And What Does Gain Control Do?

Almost every amp or a distortion pedal you see today has a gain control. While it’s often found on the drive channels of guitar amps, you can even see the same control on clean channels, even amps with just the clean sound.

But to explain it, let’s first distance ourselves from the mindset of guitar players and look into regular mixers or any other audio equipment (or even digital plugins) that has the gain control on it. Because to understand this, we first need to explain what volume means and how it’s different from gain.

The volume control on any audio equipment determines how loud something gets, and you can express the volume in decibels. Take your home stereo or any computer speakers – you raise the volume level and audio gets louder!

But it’s not that simple. Volume determines how loud the audio gets after it’s been processed. So it’s located at the end of the signal path. Even if you’re looking at an individual mixer channel, the volume control on it determines the level at its end, right before it gets into the final mix.

This same rule goes for guitar amps, where the master volume is the part of the power amp section. It’s intended to increase the volume without altering the sound in any way.

Now, the gain is a bit different. Looking at the standard analog equipment, like an average guitar amp or an analog mixer, it determines the strength of the signal at the input.

Gain control determines how strong the signal will get at the start of the signal chain. In the case of guitar amplifiers, it’s part of the preamp section. By turning the gain control, you can give more pressure to your preamp. And here’s the most important part – gain will have a huge effect on your tone.

In simple terms, you turn the gain knob to get distortion in or out of your sound. The volume just increases the overall output, without changing the tone characteristics.

Well, unless you have a tube-driven amplifier, which can then add more of that “warm” distortion when you push the volume up. But even then it doesn’t affect the tone as nearly as much as the gain control does.

With the development of digital devices and plugins, the gain has become more complicated. However, in most of the cases, it’s intended to make the same effect as the gain control on analog devices.

If you prefer the video explanation, this does a good job with that:

Is Gain A Distortion?

Technically, the gain is not distortion. But adding more gain at the input of a guitar amp can create distortion as a “side-effect.” By pushing the input signal and reaching the limitations of your amp, the signal gets “clipped.” In the world of electric guitars, this is usually favored, and that’s exactly how guitar distortion is achieved.

You can technically get more gain at the input, without achieving distortion. In practical terms, your guitar’s pickups feel as if they’re more “sensitive.” If you have a clean channel with gain control, you won’t get almost any clipping, unless you push it way up high. And if you have a distorted channel on your amp, it has such circuitry that deliberately clips your tone, just like with any distortion pedal.

But if you have a clean channel of a tube amp with gain control, pushing it up higher will cause a bit more distortion.

Interestingly enough, the gain control will increase the overall volume as well. Since you’re “feeding” a stronger signal into a signal path, it’s only obvious that it will get louder. However, it does not affect the volume as much as the dedicated volume control.

Let’s go back to the basic example of an audio mixer. In almost all cases, these have gain controls on individual channels. The gain control will increase the signal strength and will affect the volume. However, you’ll adjust the levels with the channel volume and the master volume controls. In practical terms, your microphone might get more sensitive to picking up signals if you increase the gain level.

So if you’re having a hard time understanding what is the difference between gain and volume on a guitar amp, we can sum it up in a couple of sentences. The volume knob pushes the overall volume levels without affecting the tone (or at least not that much). The gain knob sets the level at the input and can affect your tone by adding distortion before it goes out through the speakers.

What Is A High Gain Guitar Amp?

One of the most common things you’ll hear in the guitar world is a term like “high gain amp.” To be fair, this is a bit of a loose term, mostly used for commercial purposes.

The so-called “high gain” amps are those that can achieve some crushingly heavy distorted tones. Instead of focusing on just the overdrive or average distortion, these amps have distortion channels that do harsh clipping.

The classic examples come with EVH 5150, Mesa Boogie’s Dual Rectifier, or Marshall’s DSL series. These are the amps that can achieve a distorted but very “stable” tone for chugging riffs or soaring lead sections. But in most cases, these amps can also achieve more subtle and softer tones.

What Happens if The Gain Is Too High?

There are so many ways to shape a good guitar tone. Depending on the genre of music and the overall context, guitar tone can have heavy distortion, and sometimes more subtle tones. There are no strict rules to what a “good” guitar tone is. However, it’s important to know how your guitar amp will act if you push the gain knob to higher levels.

When you switch to your amps distorted channel, pushing the gain knob adds that harmonically “rich” content. If you go to some “dangerous” levels, your tone might get too “mushy,” or just overwhelmed with distortion. As a result, your amp might even get some feedback and even unwanted screeching noises.

This is especially the case if you turn it all the way up. You’ll have way less control over your tone, but there are some genres or settings where this can come in handy.

But you also need to bear in mind that “heavy” tone is not created by pushing your gain knob to the maximum. It’s a combination of how you set the equalizer (lows, mids, and highs), gain, presence, and volume knobs.

If you push the gain control on a clean channel of a tube amp, you’ll increase the volume and get some of that “softer” overdrive. This is the kind of tone that the blues players might prefer.

Is it Bad to Turn Gain All The Way Up?

Some may wonder whether pushing the gain knob to the maximum could potentially do any harm to an amp. In most of the cases, you shouldn’t have any issues, as amps are designed to handle such a setting.

On the other hand, it’s never recommended to max out on gain control if the volume is at a high level as well. This way, you’re risking to damage your amp’s speakers. And if we’re talking about tube amplifiers, with these maxed-out settings, you’ll burn out your vacuum valves sooner.

If the volume is at a lower level, you can push the gain knob to the max without any worries of damaging the amp.

The wattage of the amp is not controlled by the gain control. The output wattage refers to the amp’s overall output power.

Some tube amplifiers have a separate control for this, called “power attenuation” or “power soak.” The problem with tube amps is that you can’t get the full tonal qualities without pushing the master volume at around 30 to 50% of the maximum.

But at the same time, tube amps can get pretty loud even at 10 to 20 watts. This way, you can decrease the amp’s wattage but also use its full potential. In this process, gain does not affect the wattage at all.

Of course, the power attenuation can also be found on solid-state amps. But this particular feature might seem a little redundant as you can get normal tonal characteristics even at lower volume levels.

If you want to know more about guitar wattage, check this guide I made: What Wattage Guitar Amp Do I Need? – Complete Amplifier Wattage Guide

As far as the gain control goes, you need to know that it can both change the tone and increase the volume. But if you have a distorted channel of any amp, the gain knob will stop adding more volume when you pass the area of about 20 to 30% of the maximum. After that, the tone just gets more distorted without getting louder.

Like we already explained, there are no strict rules for making a good guitar tone. But at the same time, you should be informed of what every control does and how it changes your overall output. This makes things easier, when you are searching ”the right tone”.

Teemu ”the no pain, no gain” Suomala 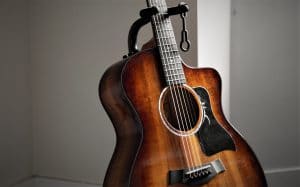 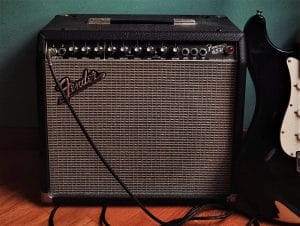 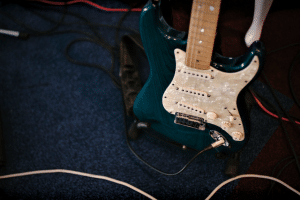