Why Are Guitar Amps Open in The Back? – History Explained This question has come to my mind again and again: why some guitar amps are open in the back? The first time was probably in 2009 when I bought my first amp. I have not found the answer to this question before. But I decided to dig deep…and  after some digging, I found answers. And now I’m about to share these answers with you. Let’s get started.

Why are guitar amps open in the back: There are 2 main reasons: 1. Open back gives amp with vacuum tubes ventilation and prevents the tubes from heating too much.  2. Open back is also used because of the different sound it provides.

So that was the quick answer. But I’m happy to share more cool info with you. This post answers to these questions:

Why Open-Back Guitar Amplifiers Were Used In The First Place? 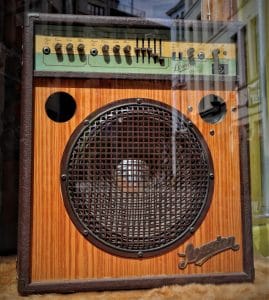 Back in the day, big amps included both the amplifier and the speaker. These big boxes also included the vacuum tubes which were used to increase the power of the sound signal. And oh boy, those tubes heated when used. With the open back, air could flow in easily an give the tubes ventilation and prevented them from heating too much. This is the reason for the use of the open-back in the first place.

Without the open back tubes could heat too much and break. Or tubes could even start a fire. So the open-backs were and still are smart and safe invention.

What Is The Difference Between Open-Back and Closed-Back Amp?

In open-back amps, vacuum tubes are usually used to increase the power of the signal and amplify the sound. This gives the amp a different sound than a solid-state amp.  Many guitarists say that valve/tube amps sound the best when the volume is on the loudest.

Sometimes solid-state amps have open-back too. The reason for this is the different sounds that the open-back provides.

The sound of the speaker can radiate from the front, back, and even from the sides. Because of that, the sound is soft and open. For example, if you play in your room the sound of the open-back fills the room nicely.

Why closed-back amps were invented?

Closed-back amps sounded great but there was a leaking problem…

When the band was performing at the stage, the open-back amp leaked sound from the back and sides. And if the drummer, for example, used mics to amplify the sound of the drums, those mics could register too much noise from the open-back guitar amp. And that could make drums sound bad. This is why closed-back amps were invented. Because no one wants to mess up drum sounds and deal with an angry drummer after that.

Closed-back amps use transistors to convert electric signals to sound waves and amplify the sound. This system is called ‘’solid-state’’.  Solid-state amps give great clean sounds, and some prefer valve/tube amp when the heavy distortion is used. In my opinion, this depends on your personal preference.

Note that some solid-state amps have open-back too, the reason for this is the different sound it provides.

There are also semi-open back amps. With these, the back of the amp is slightly open, but the air doesn’t flow so freely and there is less sound leaking. Sound-wise it sits in the middle.

I bet that you want to hear this: in this video, a solid-state amp is used to demonstrate how the type of backside of the amp affects the sound:

How to Get More Direct Sound Out of The Open-Back Amplifier?

As you saw in the previous video, you can make your amp sound different by removing or adding panels to the back. It looked that in the video plywood was used to make amp a close-back. This might be handy in some situations.

Caution: If you own a valve/tube amp don’t make it a closed-back. Those tubes need air to cool down.

As I said earlier, open-back amps usually use vacuum tubes to power up the signal. Closed back-amps use the solid-state system. This video helps you to compare the sounds of these amps(valve/tube amp is played at the left side and solid-state amps on the right side):

In my opinion, when the clean channel was used, both were equally great. But with distortion, valve/tube amp had slightly better sound on it.

Note: Valve/tube amps are a lot more expensive and harder to maintain than solid-state amps.

Should You Buy a Closed- or Open-Back Guitar Amplifier?

The most important thing is this: which one sounds better in your opinion?

Do you want that room-filling open and soft sound? Or do you want direct, tight, and bright sound?

In my opinion, it’s nicer to listen to soft and calm playing from the open-back amp. But when the sound needs some attitude, closed-back gives you that. It’s hard to say which one I like more. I would love to have both! But, maybe I would prefer the open back slightly over the closed-back amp.

This video was a great help for me when I crafted this post, it also reveals one of the biggest misconceptions related to guitar amps(at 01:16): 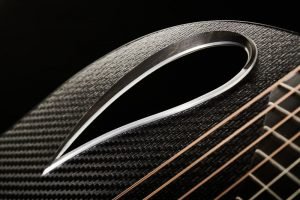 5 Best Ovation Guitars in 2021 – Are You Ready for Airplane Technology? 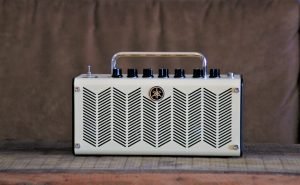 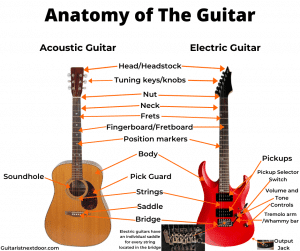 Guitar Terms Explained – Nut Width? Intonation? Action? What is this? – Don’t Worry, We Got You Covered 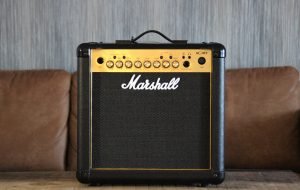 Marshall MG15GFX Review – Before You Buy